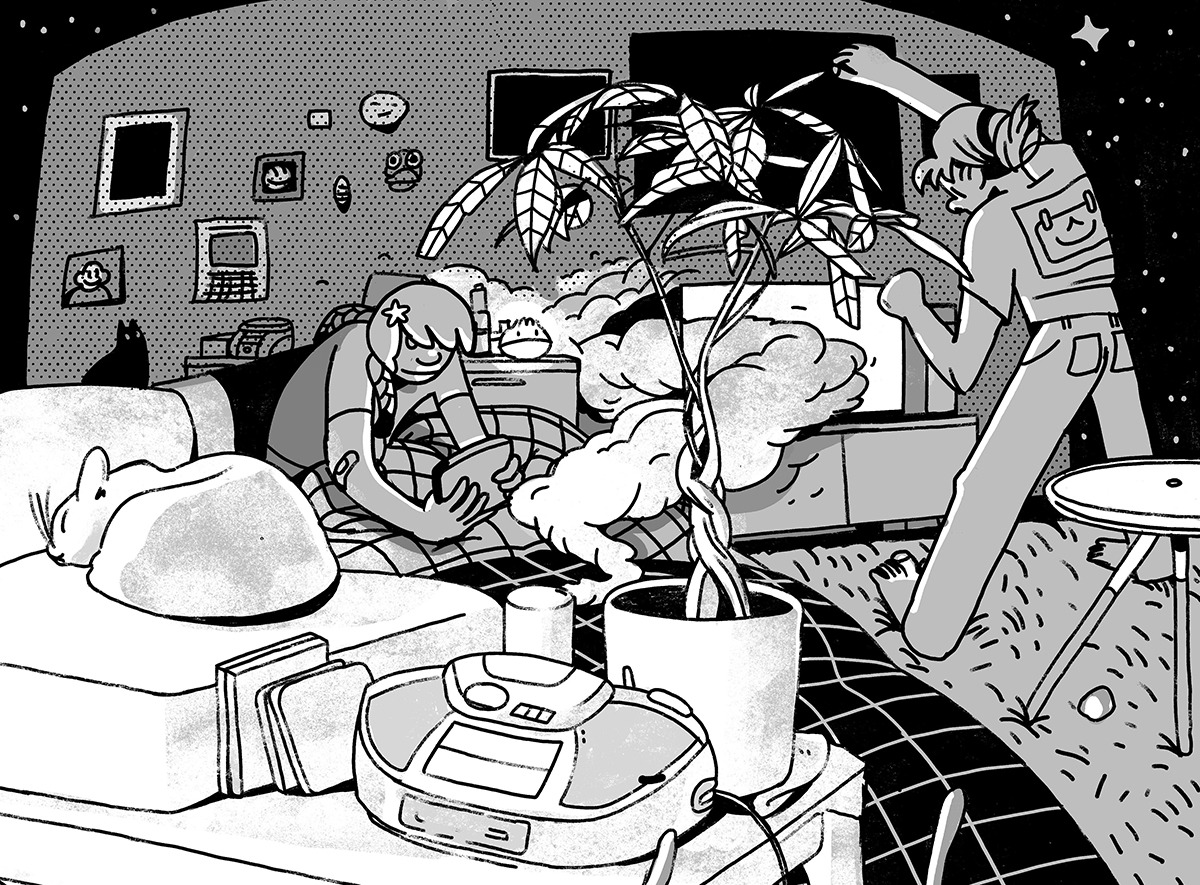 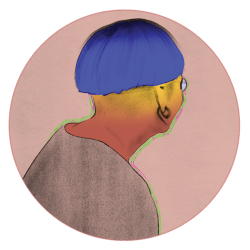 I'm a self-taught comic artist who took the intrusive thought of “I can make that!” too seriously one day in 2015 and never looked back. After a few years of learning “the ropes” and reaching milestones like…

… I found that my art & comics were also reflecting my political growth while living on the unceded land of the Coast Salish people, better known as Seattle, Washington. So when art making is for fun, it’s weird, cute, ridiculous, transgressive, revealing. But when it’s about making sense of my present context, it’s about identity, housing justice, environmental racism, and wealth inequality.

Other than my incessant online posting, I like keeping things local, experimental, transparent, fluid. I’ve had my comics in print anthologies like La Raza Anthology and Tales From La Vida and local comix newspapers like Thick as Thieves, Hair Flip, and Scarfff. Most recently I’ve completed a gender violence prevention comic for the Pacific Northwest Agricultural Safety and Health Center’s ¡Basta! Prevent Sexual Harassment in Agriculture project with the University of Washington. I’m also a core contributor and member to multiple socialist, tenant rights, housing justice, and mutual aid organizations, cooperatives, or collectives in the Seattle area.

At a time of excess and exploitation, it’s difficult to find an online platform that shares your personal vision and values. As a member of several cooperatives, I have seen the empowering reality of direct democracy, collective ownership and mutual aid. I am very excited to be part of a creator-owned subscription service - and I hope you are too!

Art is labor. Making comics is a beautiful but agonizing process that is chronically underpaid despite the recent boom in popularity. Your monthly donations not only directly pay for my labor (and for the continued success of this worker cooperative), but also allow me to continue drawing, designing, or illustrating for community campaigns or movement work pro-bono or at a reduced rate.

Thank you for your support! 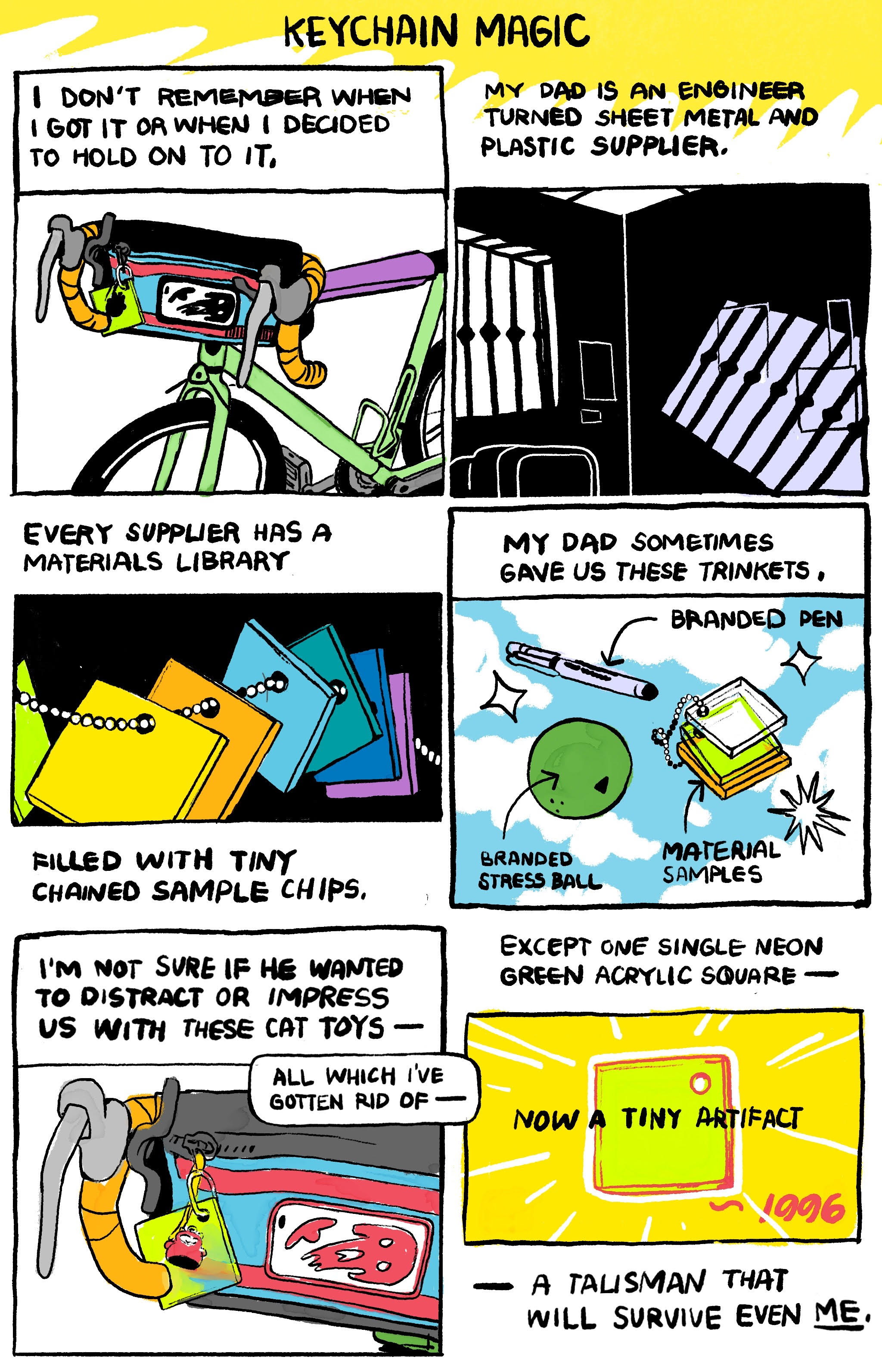 I finally took a comics class

I don't remember what got me started with comics. I was definitely reading them, but at some point I decided to just start, like, doing them

... but that's a story for another day; there's no "draft" or "edit" button on this platform yet and it's 11pm and I want to play video games with my friends! It's been a week. And it's exciting that you're here! I've been preoccupied with pushing a flock of projects an inch at a time. Finish line or milestone, I'll tell you more about them soon. They need a bit more tending.

I took my first "official" comics class a few months ago as a means to detach myself from everyday (pandemic) life and to hone a beloved skill through instruction. It just felt soothing to simply do what a more experieced other tells me is good. I took David Lasky (a friend) and Greg Stump's Graphic Memoir Class at Hugo House at a time when the school itself was going through it's own spiritual purge. I missed a class and couldn't do the homework. It turns out when you're living one day at a time you can't predict your future time and energy.

I did get to draw one comic that's been in my mind for a while.

My dad is from a little pueblo in the state of Tamaulipas. A few years ago, I wanted to find it on the map - but since I mostly visited my family as a minor, I didn't really need to know addresses, routes, how to take out a permit, or what you're allowed to take across the border. I'm still not even sure if there's an address. I did know, however, markers, vistas, rest stops and milanesas.

Imaging myself renting a car and driving down, I found the route on Google maps. My father's hometown faintly labeled. Street grids shaded with no names. A named minisuper with no address. A solitary coordinate, starred. I immediately recognize the plot. 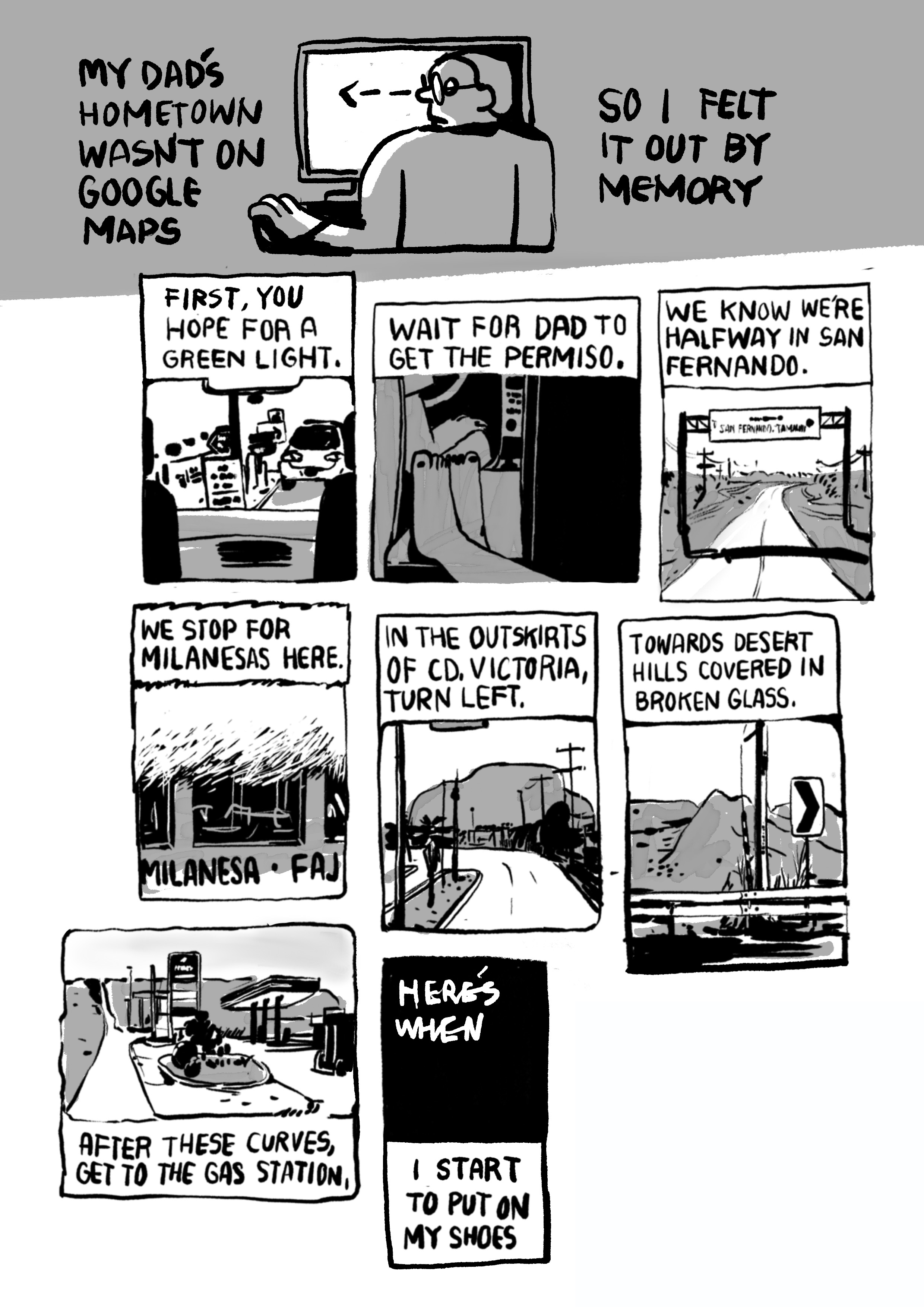 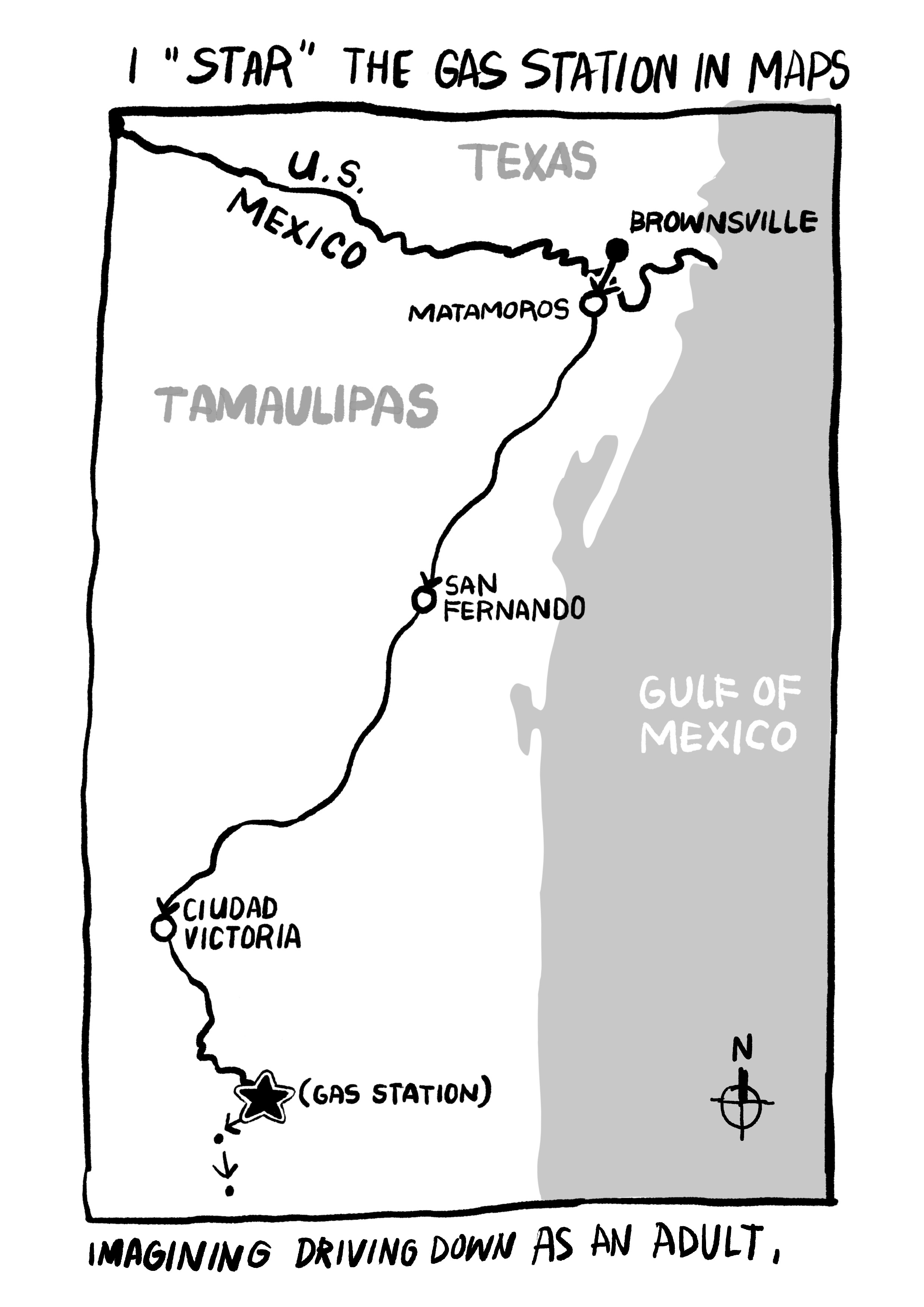 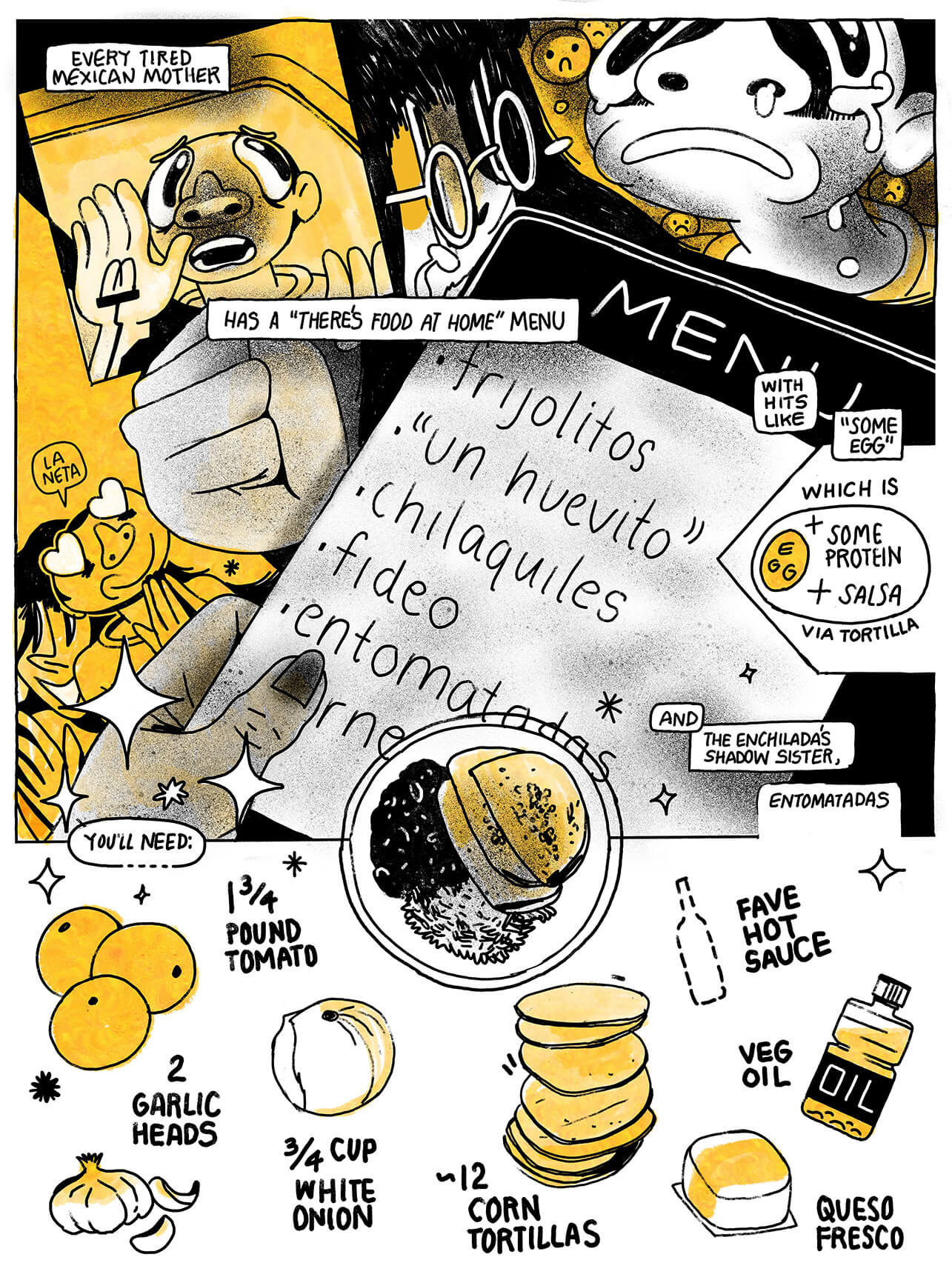 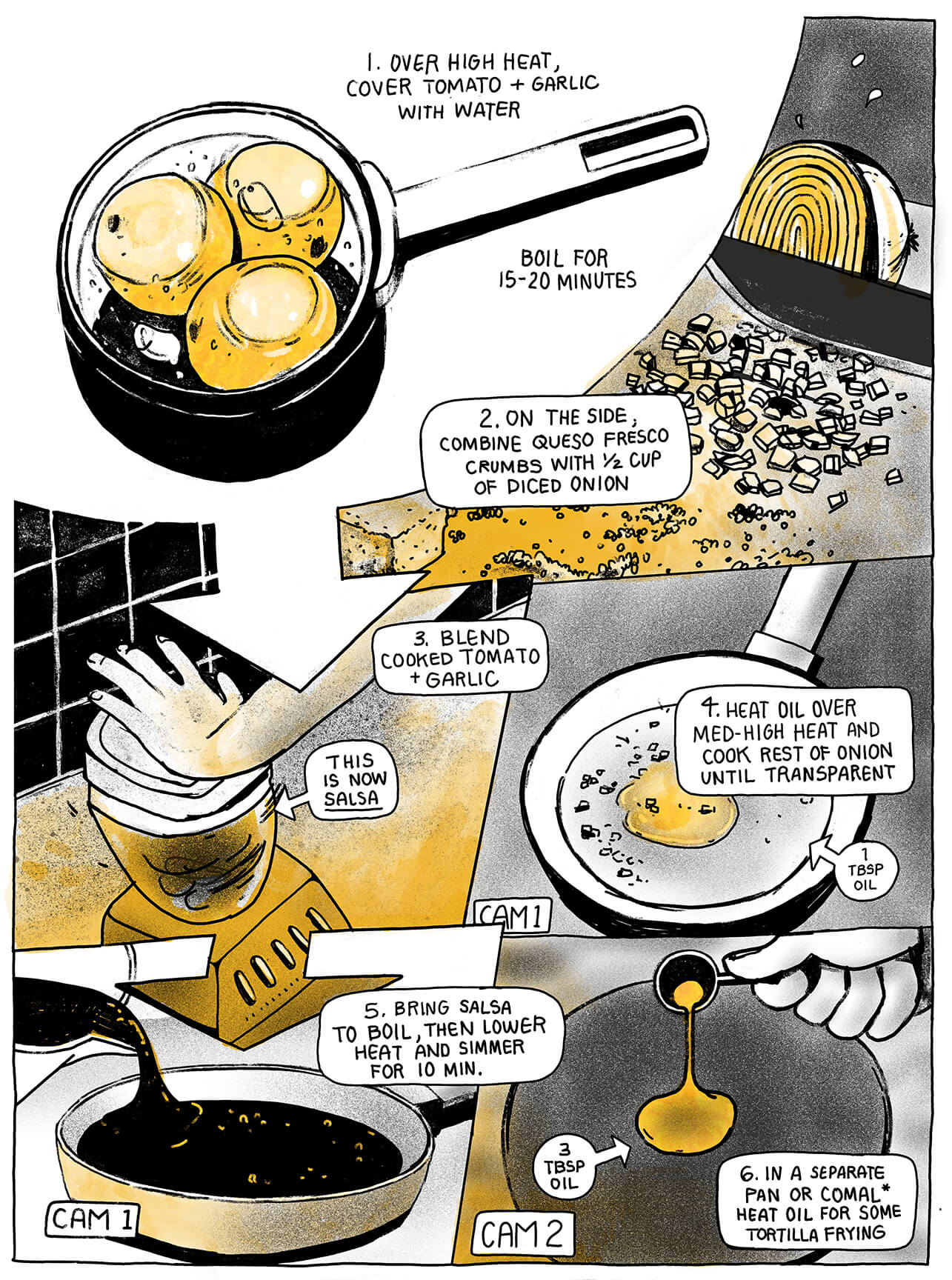 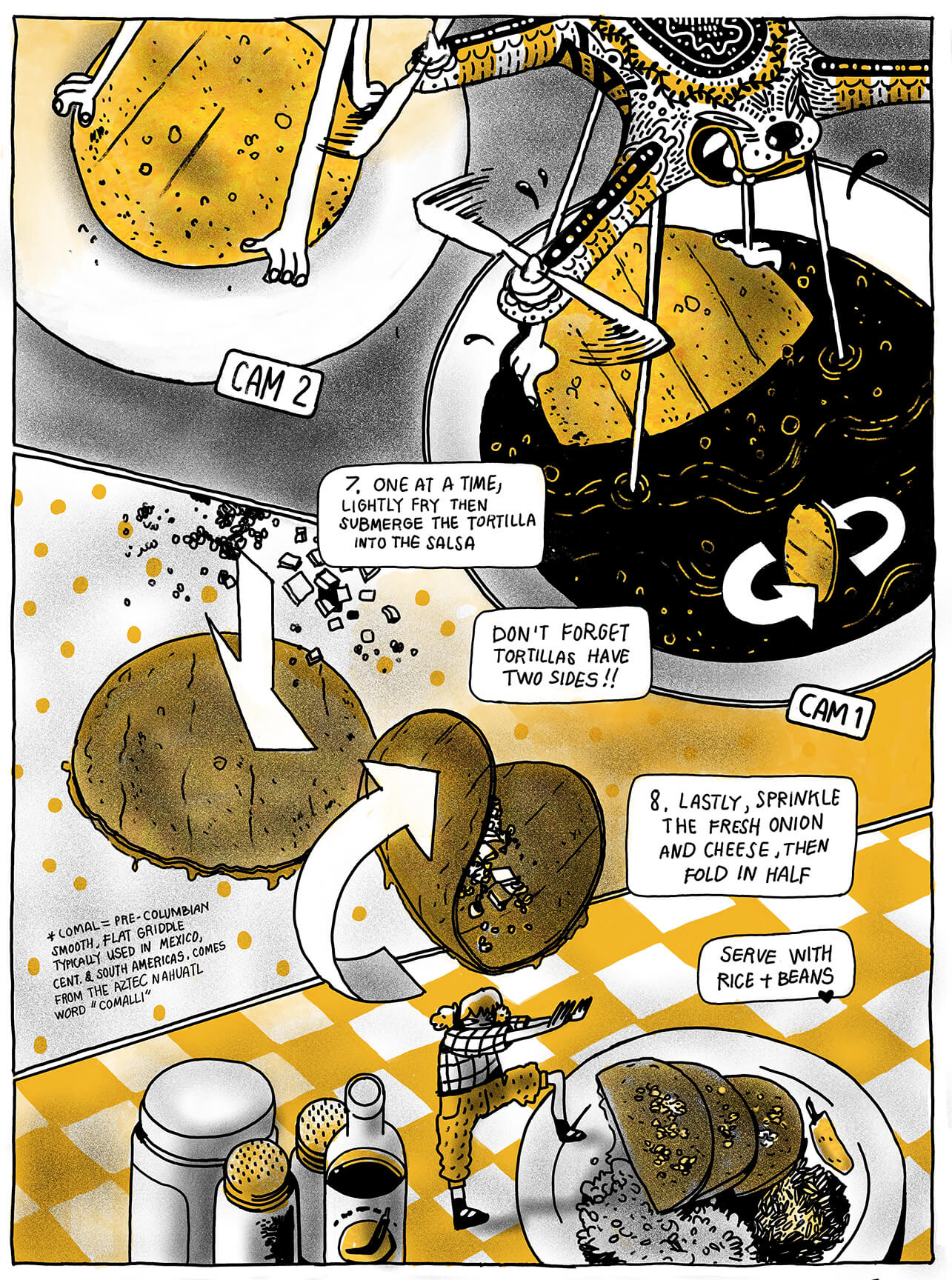 Intended for a pandemic food-comics anthology, but the project fizzled as we all slowly realized it's the next 2-3 years of our lives. 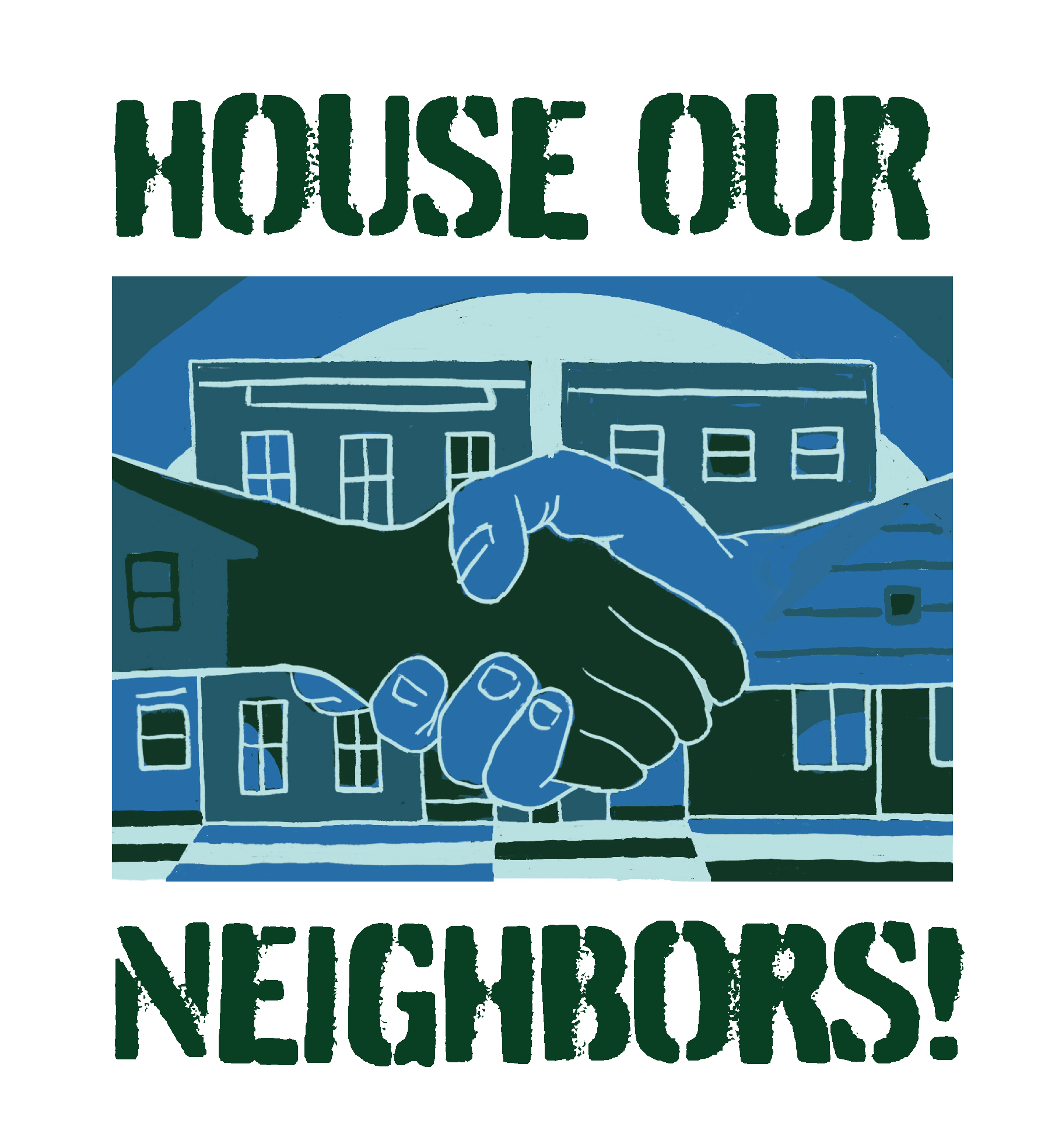 House our Neighbors! - No to Charter Amendment 29 campaign logo

Completed this past summer for House our Neighbors!, a coalition of unhoused individuals, social workers, housing advocates and supporting organizations. Learn about the brutal reality of corporate-backed Charter Ammendment 29 otherwise known as "Compassion Seattle" here and here. 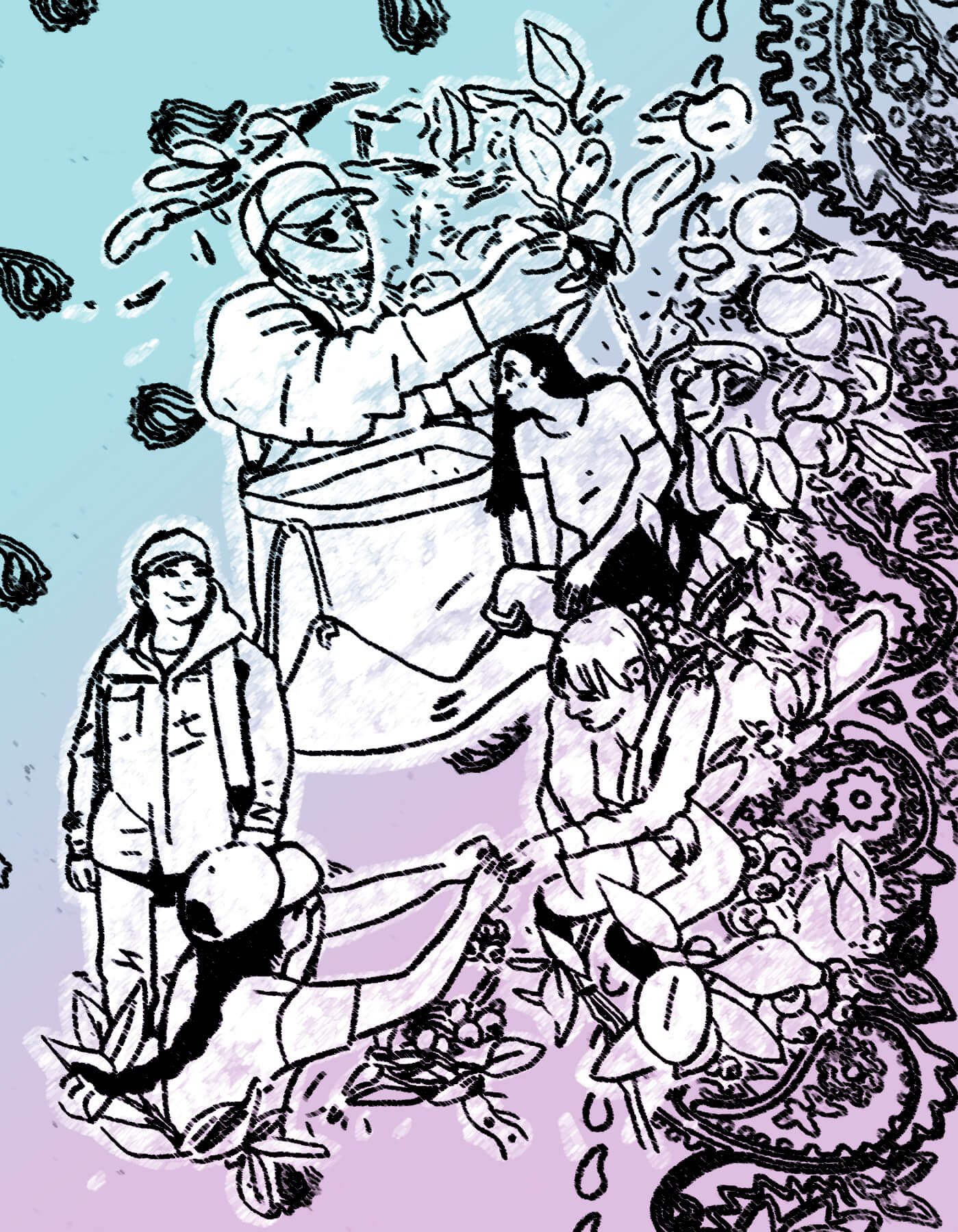 ¡Ya Basta! is a bilingual, 20-page educational comic written for agricultural growers, supervisors, workers and their families to prevent sexual assault and harassment in the workplace. In Washington State, migrant women of color are especially vulnerable. In late 2020, a team from the Pacific Northwest Agricultural Safety and Health Center's Prevent Sexual Harrassment in Agriculture program sought to work with a comic artist to create additional training material. Comics are narrative-based, fun, easier to digest, and portable - an important consideration since many workers expressed a desire to bring the educational materials home. I worked alongside public health and labor academics, organizations against domestic violence and impacted migrant communities, who were consulted at every step of the way - including looking over my art! Muchas gracias a todas! 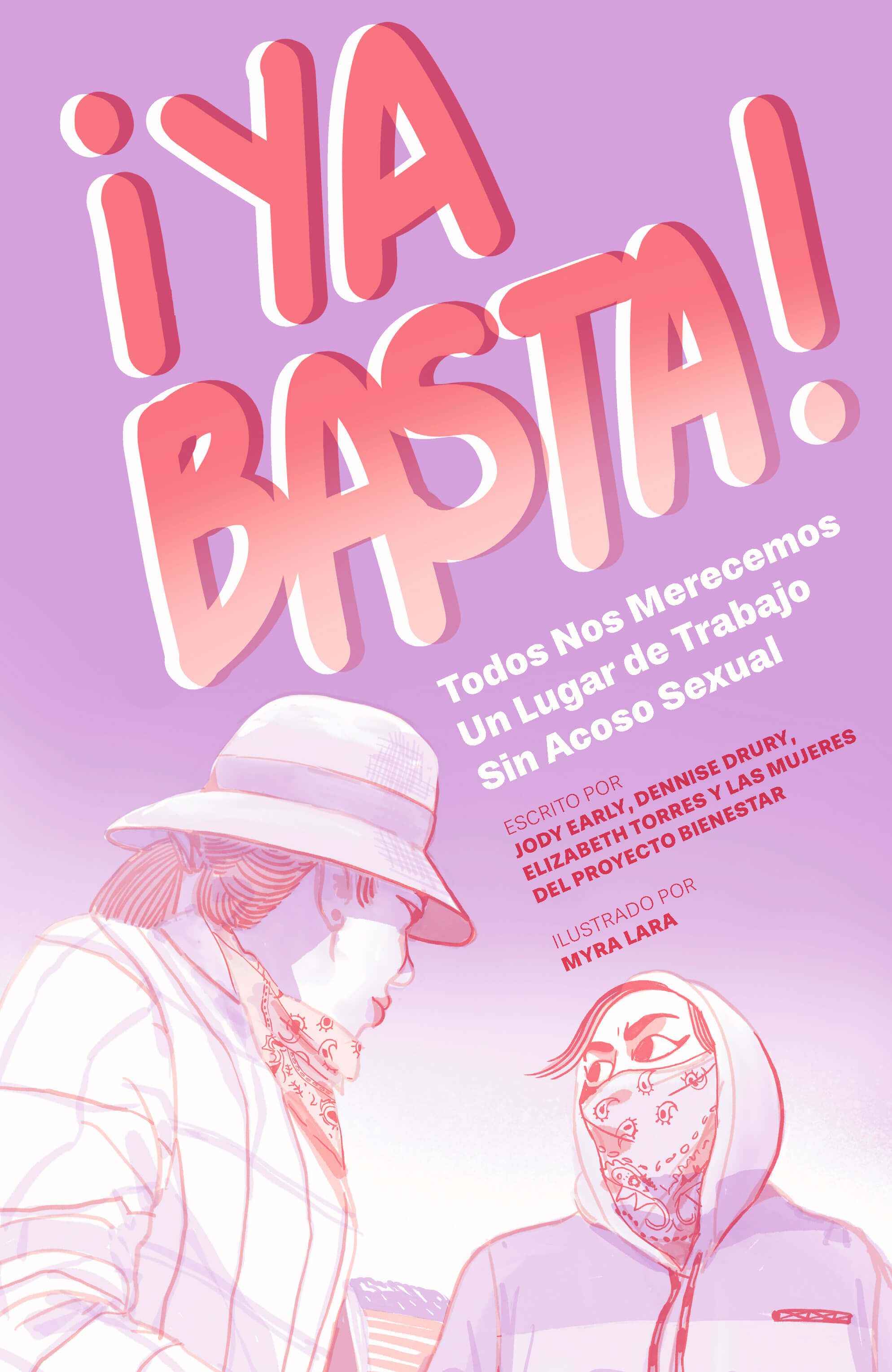 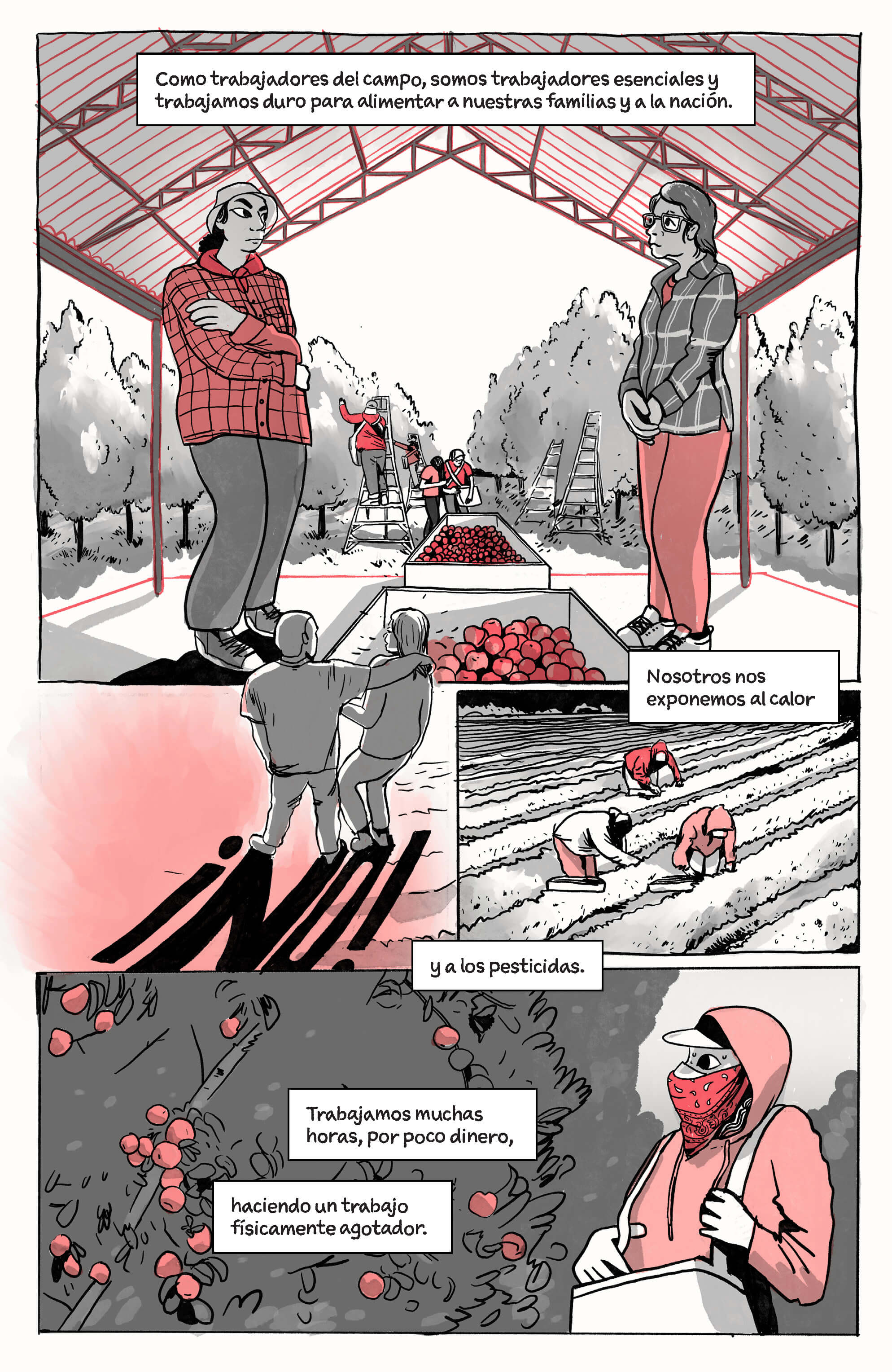 The final product was locally printed on a risograph printer at Paper Press Punch. The cover is a soft Orchid & Bright Red, with the inside pages a stark Black & Bright Red like PNASHC's banana-inspired logo.

I talk about the process of making this comic over at the Short Run Slideshow Series. Thanks to Kelly Froh and Mita Mahato for including me in this digital show, as well as Lauren, Megan and Meredith for being endless inspirations!

Download the full comic, in English or Spanish, at the Prevent Sexual Harassment in Agriculture website here. 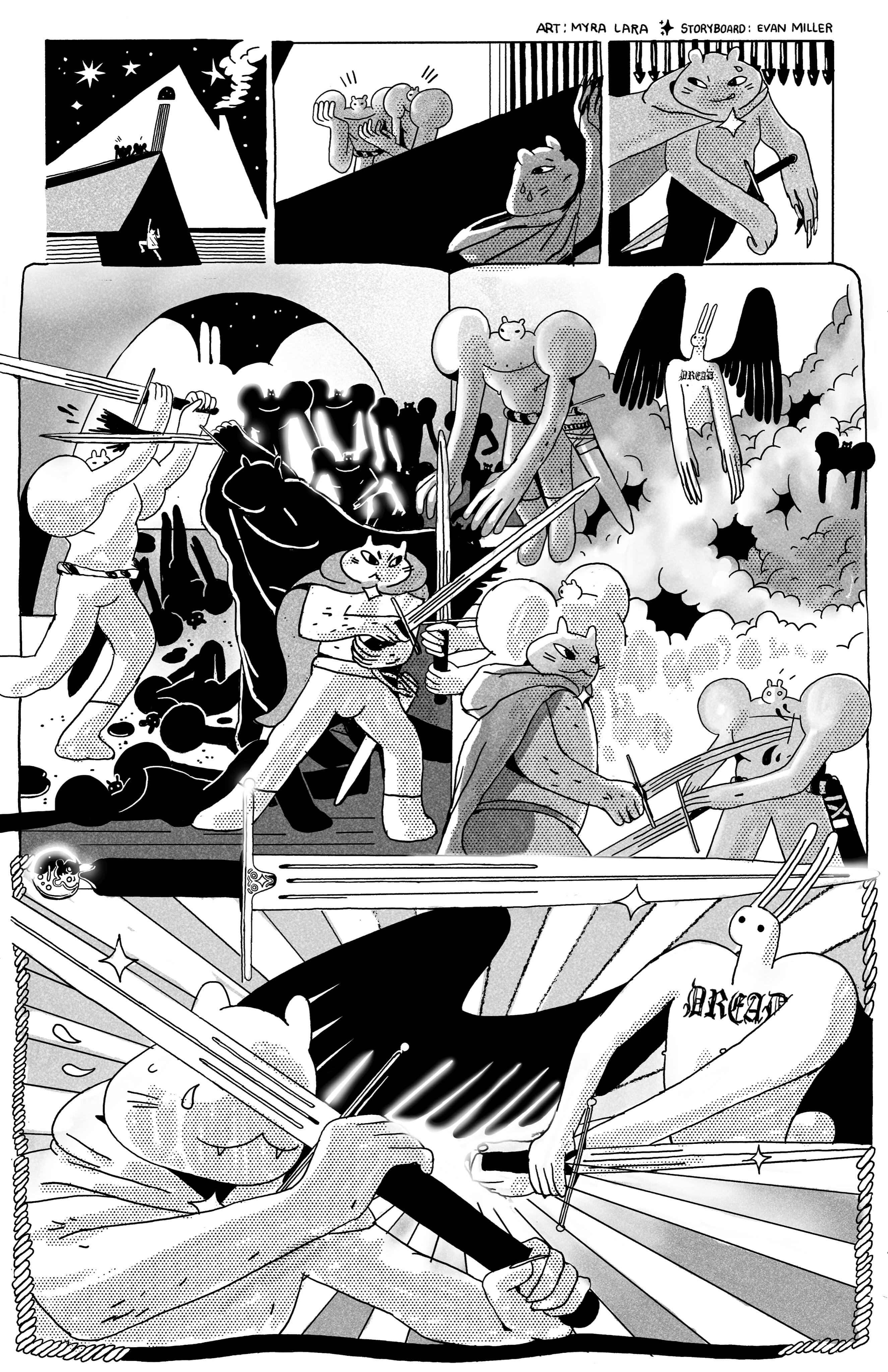 When you run out of time, so battle of bunnymen and cattos fighting it out HEMA style. 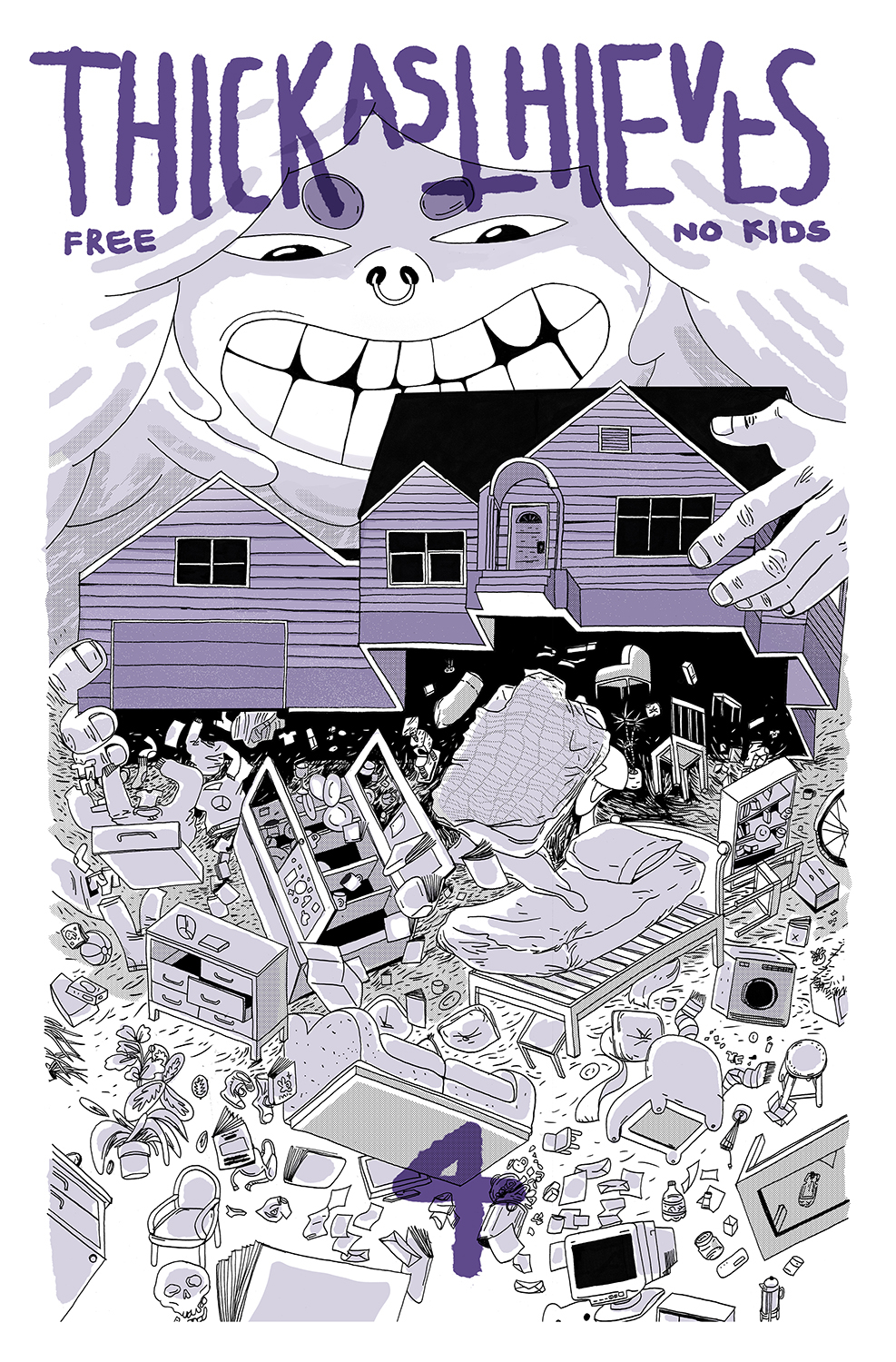 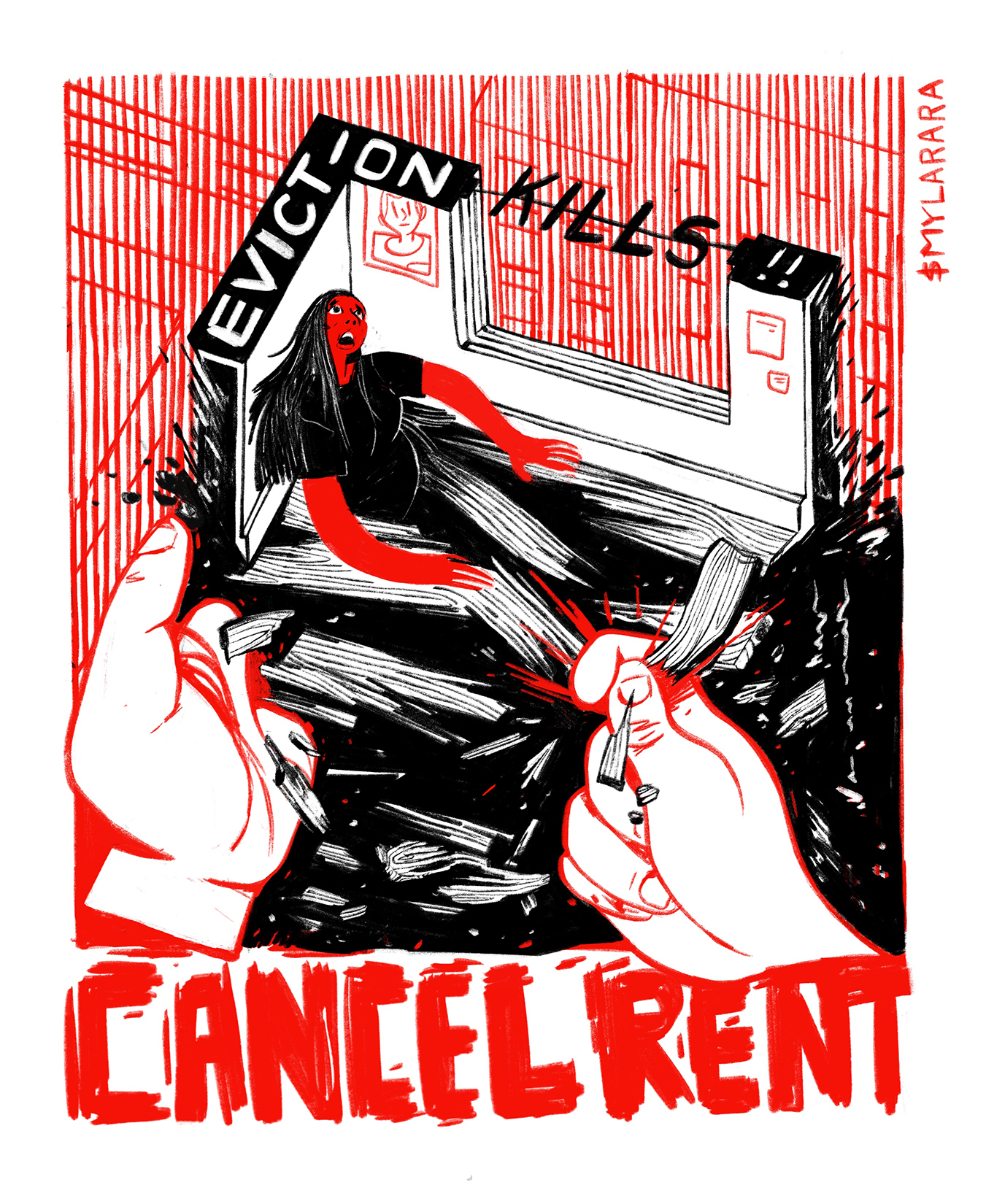 Made for the Tenants Union of Washington's Cancel Rent campaign.