Woah, hello. This is my first post here on Comradery. Exciting! Welcome. I think one thing I am going to use this space for is devlogs. And I've had a game in the oven for a bit of time now called: Tambourine Girl and Miss Gemini. A 3D platforming game about a psychic girl, her mutant cat, the adventures they go on in a strange future world, and a doomsday cult that got their wish. It is styled to look as if it were for some old huanted 90s console that never actually existed, and has some of the quirks of games of that time. 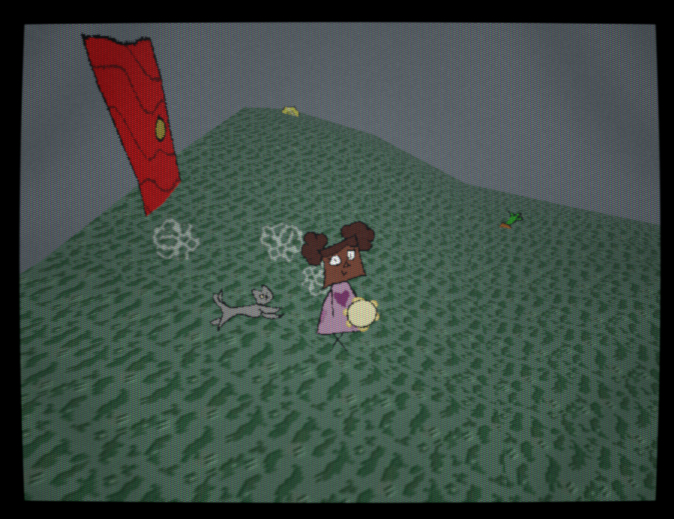 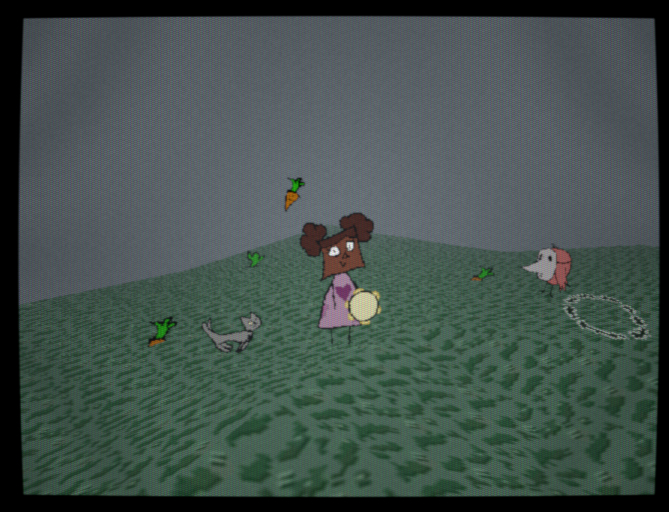 In this game, you can do your basic platformer movments, move, run, jump. There is a simple combat system inspired by Super Mario Bros. 2. Tambourine Girl can use her psychic powers to uproot plants, and use them to throw at enemies. The circle in that screenshot shows where the plant will be thrown, which is moved around in whatever direction the player walks in. 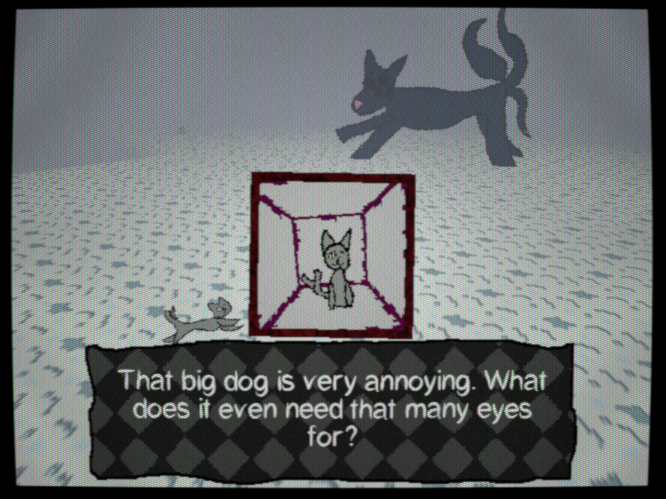 At most times, the player can chat with Miss Gemini, who has some helpful or not so helpful things to say. There are going to be a total of 4 levels in this game, each taking about 20-30 minutes to complete, and some post game as well. Right now, I would estimate this game is approximately 60% done. What I have left to complete is some later level designs, boss fights, cutscenes, and general polishing.

There is a boss at the end of each level, each having a few clues about this world and what happened to it. Maybe it's something we can figure out? 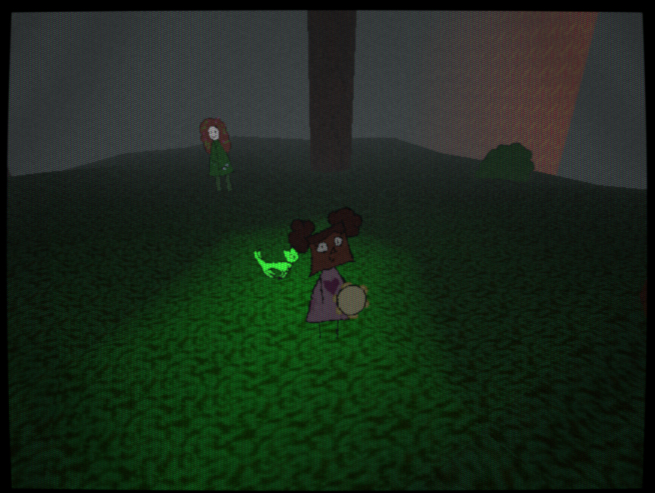 At the end of each level, Tambourine Girl and Miss Gemini relax at a campfire with their guardian parent Addi, and have a little bit of dialoge. I'm feeling really good about the writing of this game, and can't wait for people to get to see it more. 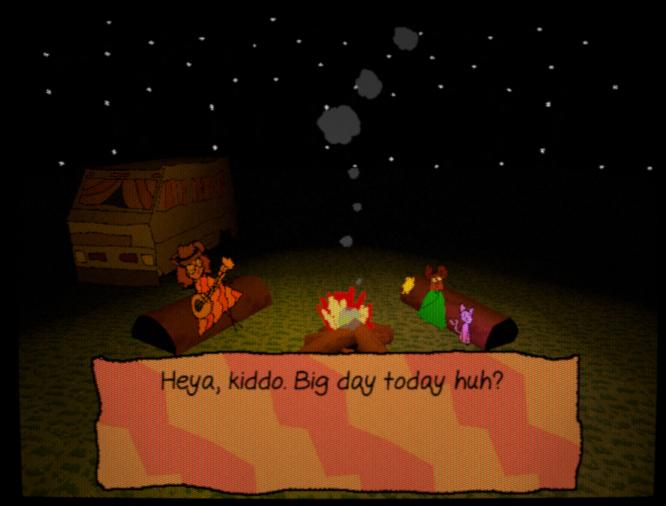 I might try and get a devlog monthy, or maybe sooner, depending on what I get done or what I figure I want to show off! But in any case, it's been a slow process making this game but I'm excited to show any more of it off because I'm pretty proud of it so far! xoxo